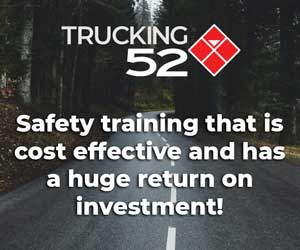 The Effect of Drug Testing Regulations on The Trucking Industry

With 72.5% of all freight in the U.S. being moved on highways, in the early 1990s congress decided there was a need for more oversight on drug and alcohol use in the transportation industry. This decision led to congress passing a law to implement new drug testing regulations.

Fast forward through the years, and the FMCSA drug testing regulations came into play in January 2020 with the Drug and Alcohol Clearinghouse. This system allows trucking companies to access drug test results for drivers across the country.

Sean Garney of Scopelitis Transportation Consulting stated that while this is hurting the trucking industry due to loss of drivers who are removed from the road because of drug use, these measures will help the industry in the long run. These new regulations mean a driver who fails a test in one state cannot drive in another state.

More than 70,000 drivers have been disqualified from driving since FMCSA drug testing regulations went into effect, which has caused a vast trucker shortage. Of those, more than 50,000 drivers have failed to complete the return to duty program provided by the FMCSA.

Other potential drivers are shying away from the industry because they fear failing a drug test. With the disconnect between federal and certain state laws regarding drug use, this problem is likely to continue. The inability to determine when drug use occurred during testing also causes problems with retaining and recruiting drivers.

Finding new drivers was already difficult, partially due to age requirements for obtaining a CDL. Some changes have been made to these regulations, providing for an apprenticeship program for people under 21 to receive their CDL, but it is too early to see how this will affect the shortage. Coupling the need for younger drivers with the drug use issue could prove tricky moving forward.

Whether it’s the FMCSA drug testing regulations, or other industry issues such as safety concerns, the driver shortage continues to be a problem for the industry. This shortage has caused many larger trucking companies to increase driver pay and benefits packages. This means qualified drivers are moving to these companies that can afford to pay better, leaving smaller companies to deal with the brunt of the driver shortage.

This hurts smaller, non-fleet companies when it comes to recruitment as they don’t have the same resources to meet those wage promises. These wage hikes also hurt non-fleet companies through increased costs for transporting goods, making it harder to bid on cargo.

As supply costs increase, the final price to consumers will also increase. This can cause problems for smaller trucking companies because consumer pricing affects consumer purchasing. As people purchase less products due to the increase, the smaller companies are the first ones affected by lack of want.

This means non-fleet companies will have to work harder to stay relevant against the larger carriers. They may also need to stretch themselves out further than they would like to keep the doors open.

While costs will rise to compensate for the needs to pay higher wages, some items will remain in demand no matter what. The problem is issues such as the FMCSA drug testing regulations have removed so many drivers from rotation that there aren’t enough people available to transport all the needed products.

This lack of drivers means disruptions in the shipping schedules which means product waiting for pickup. This has led to delayed shipping and will continue to cause empty shelves unless something can be done to recruit better qualified drivers.

Protecting Your Drivers and Your Company

While it is good to get drivers who could cause harm off the roads, the loss of such large numbers due to FMCSA drug testing regulations, coupled with difficulty in recruiting new drivers, leaves non-fleet companies scrambling to find new ways to recruit and retain new drivers.

One way to combat this is to strengthen your safety culture. If drivers feel that you have their safety in mind, they are more likely to stick around. Large companies have many options for driver training to help prepare their drivers, but non-fleet companies don’t have the same resources.

That’s why Trucking 52 was created. We provide online training options for orientation, ongoing training, and corrective action needs so drivers can get the training they need without disrupting workflows. Trucking 52 provides a year’s worth of training that non-fleet companies can afford.

Want to learn more about our online training management system? Request a demo to see how easy it is to set up and assign training on the biggest safety issues for drivers.